Episode 16b: Posture and Pain: Low back pain fact 6 with patient voice Joe, and Nic Saraceni

Low back pain is still the world’s most disabling health condition and costs more than cancer and diabetes combined. A scientific journal article covering 10 facts about low back pain was recently published in the British Journal of Sports Medicine (http://dx.doi.org/10.1136/bjsports-2019-101611). The origins and motivations for that paper, as well as patient stories, were covered in episodes 4 and 5 of the podcast. In this episode, Professor Peter O’Sullivan and Kevin Wernli welcome back patient voice Joe from episode 14 and researcher/physiotherapist Nic Saraceni. Together, they discuss low back pain fact number 6: Posture does not cause back pain. From sitting posture to lifting posture, sleeping posture and everything in between – it’s all discussed in this episode. 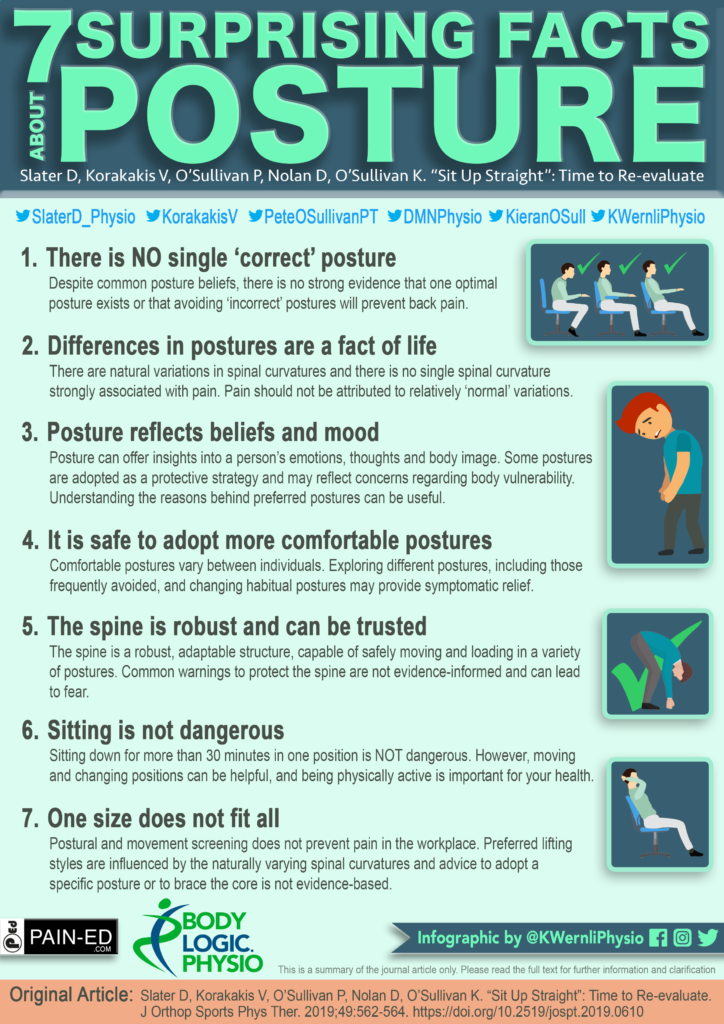 To Flex or Not to Flex? Is There a Relationship Between Lumbar Spine Flexion During Lifting and Low Back Pain? A Systematic Review With Meta-analysis
Nic Saraceni, Peter Kent, Leo Ng, Amity Campbell, Leon Straker, and Peter O’Sullivan 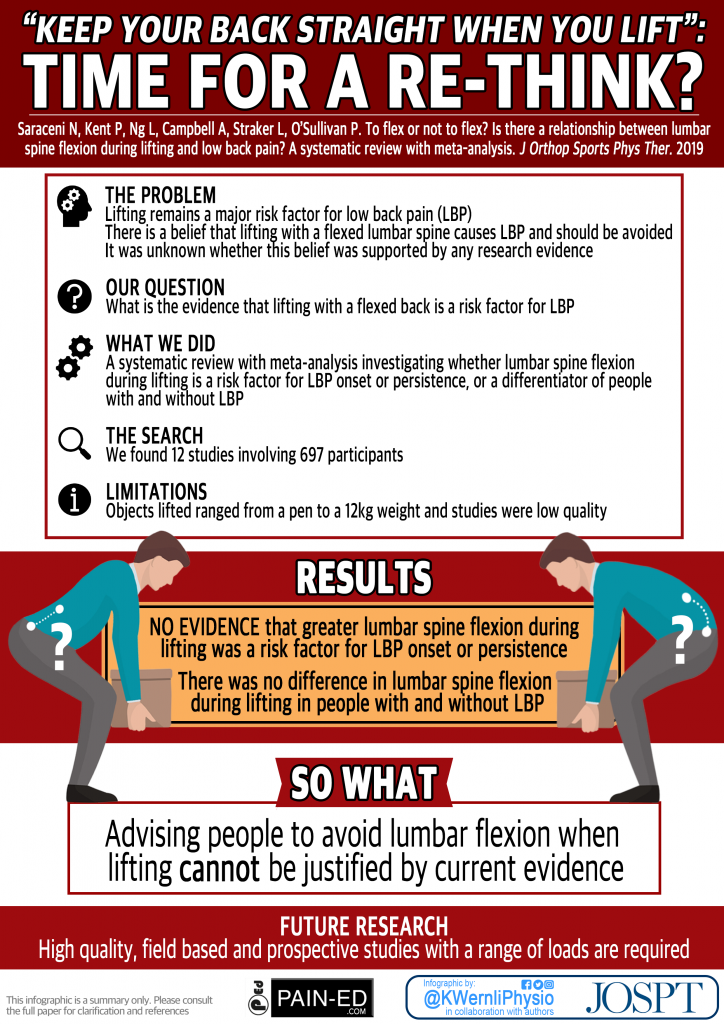 Inability to perform because of pain/injury in elite adult Irish dance: A prospective investigation of contributing factors.