Low back pain is the worlds most disabling health condition and costs more than cancer and diabetes combined. A scientific journal article covering 10 facts about low back pain was recently published in the British Journal of Sports Medicine (http://dx.doi.org/10.1136/bjsports-2019-101611). The origins and motivations for that paper, as well as patient stories were covered in episode 4 and 5 of the podcast. This episode covers in detail low back pain fact number 1: Persistent back pain can be scary, but it’s rarely dangerous with Professor Peter O’Sullivan and Kevin Wernli.

Listen, subscribe, rate and review on your favourite podcast platforms below. 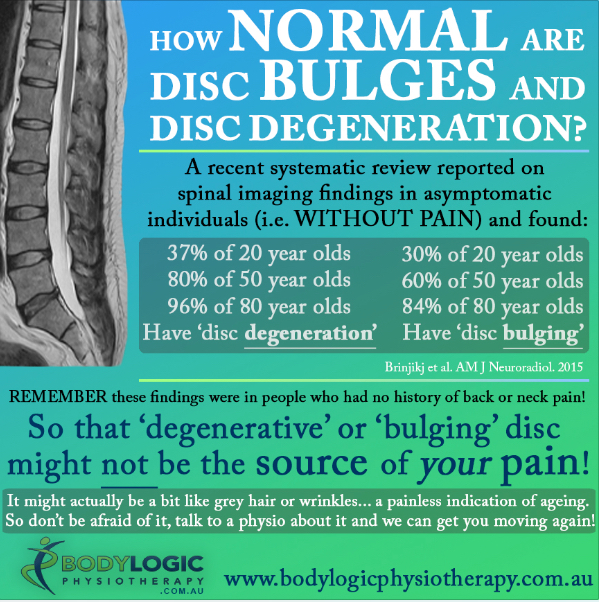 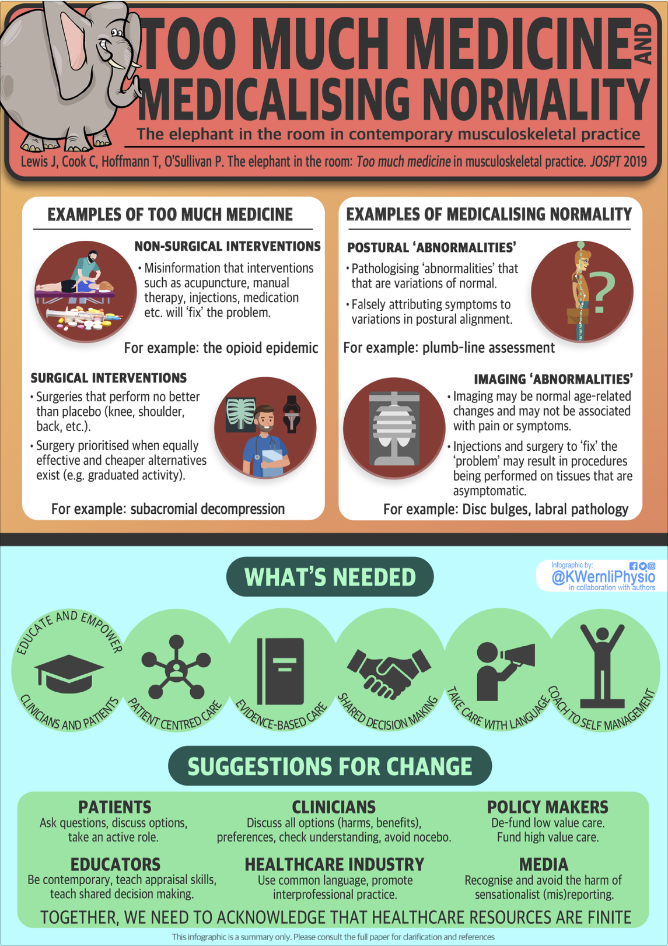 The Elephant in the Room: Too Much Medicine in Musculoskeletal Practice
Jeremy S. Lewis, Chad E. Cook, Tammy C. Hoffmann, and Peter O’Sullivan