Can Exercise Reverse The Ageing Process?

While many in their 80s and 90s may be starting to take it easy, 85-year-old track star Irene Obera is at the other end of the spectrum.

Setting multiple world athletics records in her age category, she is one of a growing band of “master athletes” who represent the extreme end of what is physically possible later in life.

Another is John Starbrook, who at 87 became the oldest runner to complete the 2018 London Marathon.

Studies suggest regular exercise is more effective than any drug yet invented to prevent conditions facing older people, such as muscle loss.

To reap the full benefits, this pattern of behaviour should be laid down in a person’s teens and early 20s. 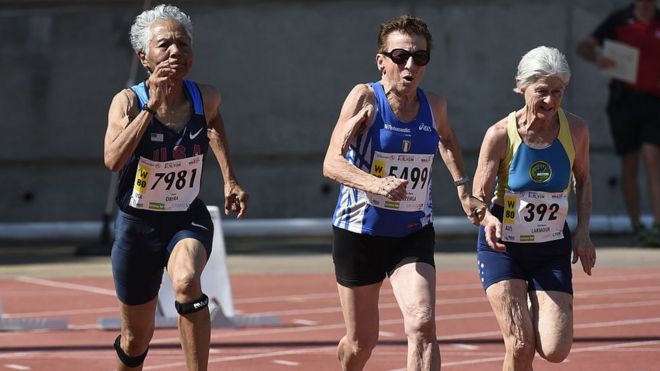 This analysis piece was commissioned by the BBC from experts working for an outside organisation.

Norman Lazarus is Emeritus professor at King’s College London and is a master cyclist in his 80s.