Low back pain is still the world’s most disabling health condition and costs more than cancer and diabetes combined. A scientific journal article covering 10 facts about low back pain was recently published in the British Journal of Sports Medicine (http://dx.doi.org/10.1136/bjsports-2019-101611). The origins and motivations for that paper, as well as patient stories, were covered in episodes 4 and 5 of the podcast. In this episode, Dr JP Caneiro joins Kevin Wernli to discuss low back pain fact number 8: back’s don’t wear out with everyday loading and bending.

It’s common to believe that movement, loading and bending causes ‘wear & tear’ of the spine – especially if it’s painful. But that belief hugely undermines our body’s capacity to adapt. Learn more about fact 8 from the 10 facts every person should know about low back pain scientific paper with co-author’s Dr JP Caneiro and Kevin Wernli. 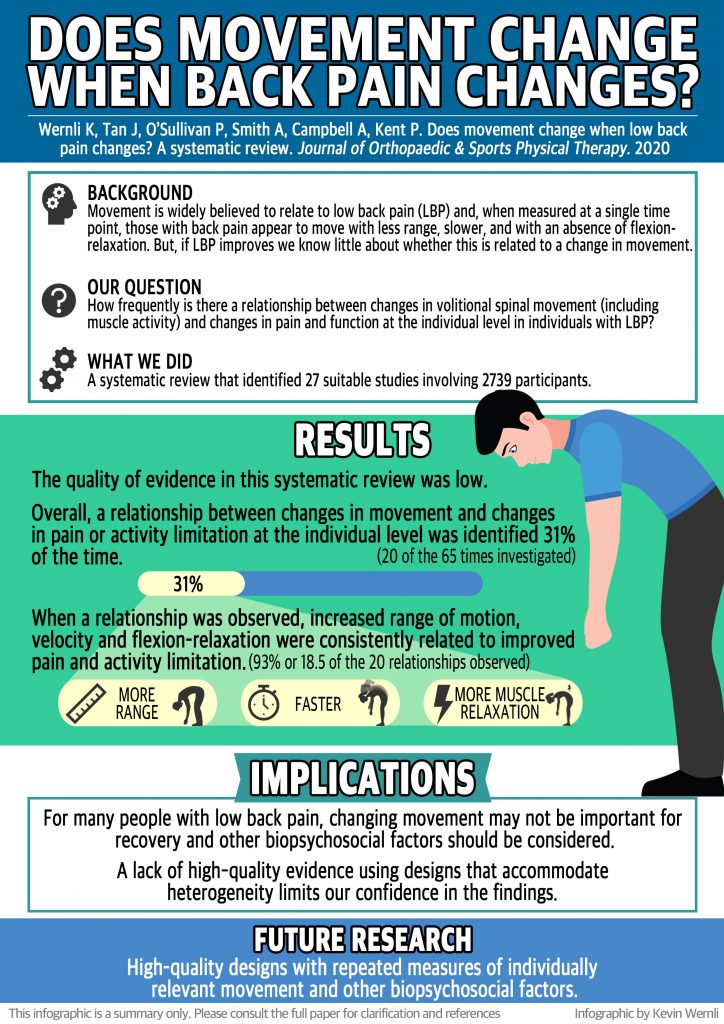